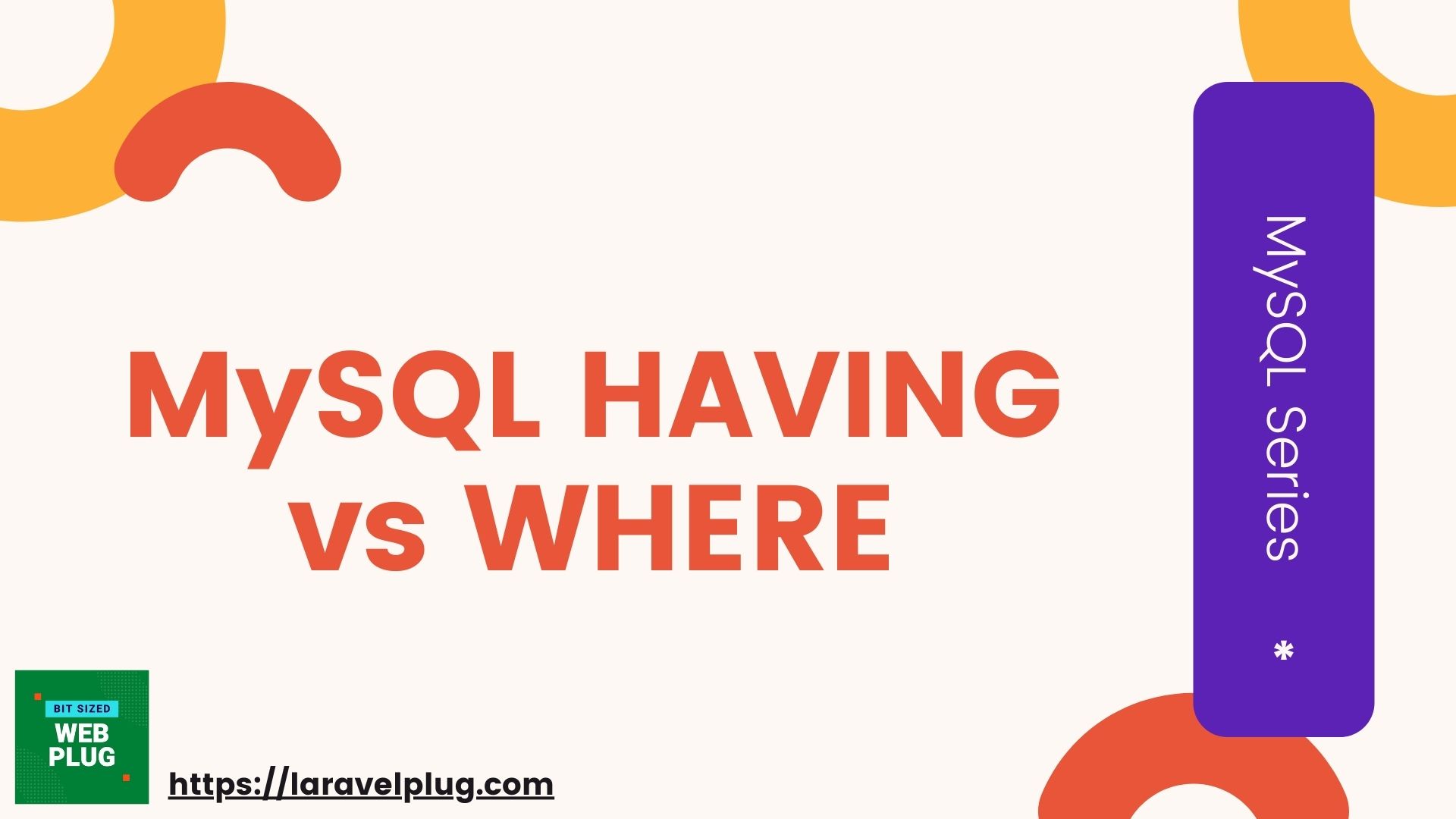 MySQL Where Vs Where

MySQL HAVING vs WHERE

In this article we will learn about MySQL HAVING vs WHERE

We all know that MySQL is one of the most popular query language. In MySql we use “WHERE” clause a lot. But we also use “HAVING”  we have to work with aggregates data.

We often get confused between these two. Lets this article help you on that.

Difference between “WHERE” and “HAVING”

First of all, lets see what is the hierarchy of a SQL statement. See below:

That means, any SQL query will be run like below order.

MySQL HAVING vs WHERE Example:

Let’s say we have an sample database table named “film”. There are four columns: film_id, title, release_year, rental_rate and rating.

Please note that, The GROUP BY statement is often used with aggregate functions such as: COUNT(), MAX(), MIN(), SUM(), AVG()to group the result set of one or more columns.

A Learner and trying to share what I learned!

This website uses cookies to improve your experience while you navigate through the website. Out of these, the cookies that are categorized as necessary are stored on your browser as they are essential for the working of basic functionalities of the website. We also use third-party cookies that help us analyze and understand how you use this website. These cookies will be stored in your browser only with your consent. You also have the option to opt-out of these cookies. But opting out of some of these cookies may affect your browsing experience.
Necessary Always Enabled
Necessary cookies are absolutely essential for the website to function properly. These cookies ensure basic functionalities and security features of the website, anonymously.
Functional
Functional cookies help to perform certain functionalities like sharing the content of the website on social media platforms, collect feedbacks, and other third-party features.
Performance
Performance cookies are used to understand and analyze the key performance indexes of the website which helps in delivering a better user experience for the visitors.
Analytics
Analytical cookies are used to understand how visitors interact with the website. These cookies help provide information on metrics the number of visitors, bounce rate, traffic source, etc.
Advertisement
Advertisement cookies are used to provide visitors with relevant ads and marketing campaigns. These cookies track visitors across websites and collect information to provide customized ads.
Others
Other uncategorized cookies are those that are being analyzed and have not been classified into a category as yet.
SAVE & ACCEPT